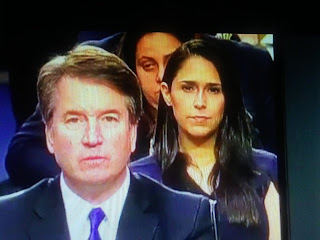 People criticizing this woman are a bunch of disgusting bastards!

Daily Caller reports liberal conspiracy theorists smeared a woman as a white supremacist and neo-Nazi on Tuesday because she folded her arms while sitting behind Supreme Court nominee Brett Kavanaugh at his confirmation hearing on Tuesday.

Far from being a secret white nationalist, Bash has a Mexican mother and a Jewish father and her grandparents were Holocaust survivors, according to a source working with Kavanaugh’s confirmation team.