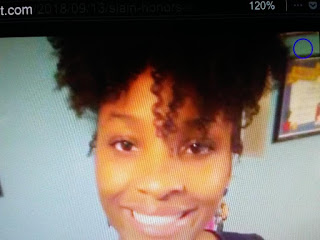 This is so bad!
To kill someone over a boy in high school is way out of control.


NY Post reports a friendship between two straight-A teen girls unraveled over a mutual love interest and ended in a deadly confrontation inside a school classroom, according to reports.

The victim, 16, died two hours after she was impaled twice in the chest with the knife, according to officials.