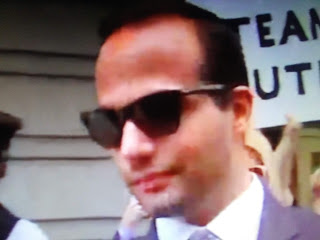 Wow, 14 day?  Millions of tax dollars have been spent for 14 days of jail time.
I think that penalty is less than one would get for cleaning after a dog.  Robert Mueller is a top flight special council.

AOL News reports President Trump has issued a mocking response to the relatively light punishment handed down to former campaign aide George Papadopoulos, the “first Trump adviser to be sentenced as part of special counsel Robert Mueller’s investigation into Russian interference in the 2016 election and potential collusion between the Kremlin and the campaign,” reports CNN.