Delmonte Johnson, teen who spent his free time speaking out against gun violence was shot and killed in Chicago 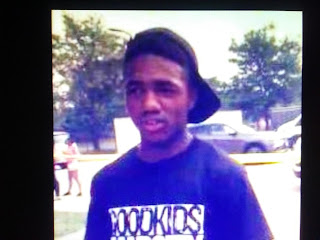 This is a damn shame!
What's happening in Chicago is a disgrace and progressive leadership has no solutions for it.


CNN reports a teenager dedicated to fighting Chicago's gun violence was shot and killed outside his brother's basketball practice, police and his family said.

Delmonte Johnson, 19, was on the sidewalk of a South Side street on Wednesday when someone shot him multiple times from a tan-colored car, police said.

"He laid there with his brother on the ground as he bled out from gunshot wounds... it's sad," his mother, Onique Walker, told CNN affiliate WLS.