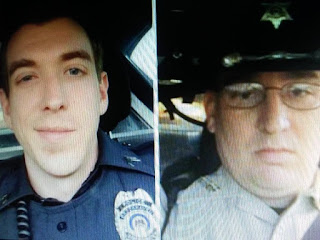 This is a damn shame!
When an officer leaves his home to go to work, it’s not guaranteed he's coming home,  Vey sad thing!

Warren Strain of the Mississippi Department of Public Safety said at a news conference that the officers were called to a house in the city of Brookhaven at about 5 a.m. for a report of shots fired.

Amid an exchange of gunfire, both officers were “mortally wounded” and then pronounced dead at a local hospital, Strain said. He identified the weapon used as a handgun but would not elaborate.
Authorities identified the deceased officers as Patrolman James White, 35; and Cpl. Zack Moak, 31.