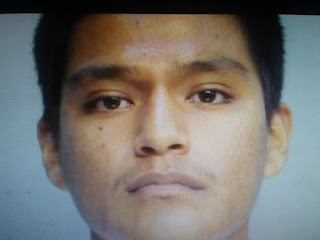 This is really tough one to swallow.
What kind of justice is that?

KAST reports family members of crash victims killed when a Florida man drove the wrong way on a road criticized the judge’s sentence.
Erick Betancourt, 24, was sentenced to spend one night in jail each year on the anniversary of the crash for the next decade, totaling 10 nights.

In 2014, Betancourt drove the wrong direction in the northbound lanes of Krome Avenue, eventually slaming into another vehicle, killing 20-year-old Gabriel Hernandez, Anthony Rodriguez, 22, and Betancourt's own sister, Gisele Betancourt, 15, who was in the car with him.