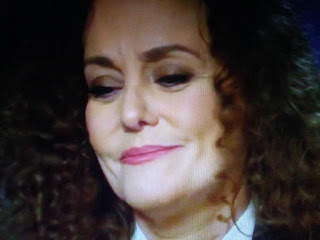 NBC admits they can't verify this low-life woman's claims.
But, they still put her on national television nonetheless.  This is journalism?  No, it's not.  It's political activism on behalf of the Democrat Party.  This is why the media is corrupt in America today.

Hollywood Reporter reports Swetnick, who is represented by Michael Avenatti, has not been approached by the FBI.
Julie Swetnick, in her first broadcast television interview since accusing Supreme Court nominee Brett Kavanaugh of sexual misconduct, told NBC News national correspondent Kate Snow she couldn't be sure that Kavanaugh was one of the boys who assaulted her during a party in the 1980s.
Swetnick, in a sworn affidavit released last week by her attorney Michael Avenatti, said she was the victim of a gang rape at a party, at which she also saw Kavanaugh behave inappropriately toward women.