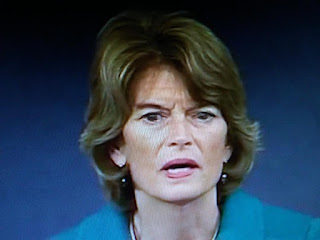 I think Murkowski knew her no vote wouldn't sink Kavanaugh.
So she gets to score political points with the Lib women who live in Alaska.   She's a coward!

“I’ve done so much for Alaska, I was shocked to see her vote. Absolutely shocked,” Mr. Trump told Fox’s “Justice with Judge Jeanine.” “And frankly so were other Republicans.”