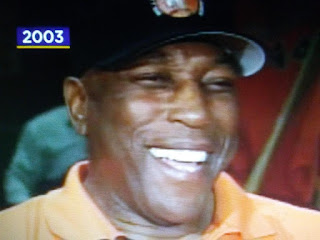 I saw Willie McCovey at the tail end of his career.
But, my father saw him in-person in his crime.  He told me nobody hit the baseballs harder than Stretch.

AOL News reports San Francisco Giants legend and Hall of Fame first baseman Willie McCovey died on Wednesday.
He was 80.
McCovey died at the Stanford Hospital on Wednesday afternoon after a lengthy “battle with ongoing health issues.” He had been in a wheel chair for several years, and recently developed an infection and was hospitalized last week, according to the San Francisco Chronicle.