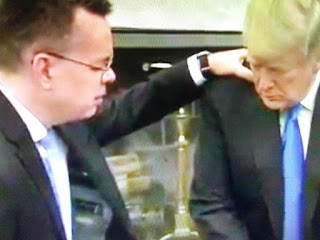 President Trump is doing a wonderful job of freeing Americans held around the world without paying ransom.
To see video of meeting click here

Fox News reports freed American pastor Andrew Brunson met and prayed with President Trump in the Oval Office Saturday, thanking him for having "really fought for us" -- a day after his release from house arrest in Turkey.

Brunson, from North Carolina, arrived in the U.S. earlier Saturday after stopping in Germany on Friday. Brunson was imprisoned in October 2016 due to his alleged ties to an outlawed group as part of a crackdown on a failed coup in Turkey against President Recep Erdogan’s government. A Turkish judge on Friday ordered him freed from house arrest on Friday after sentencing him to time served on terror and treason charges.