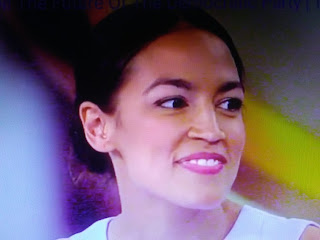 This former bartender is the gift that keeps on giving every time she opens her mouth.

Daily Wire reports Democratic Socialist Alexandria Ocasio-Cortez said on Friday at a campaign event that the United States' blueprint for beating global warming needs to be the same as the blueprint the U.S. used for defeating Nazi Germany in the 1940s.

"So we talk about existential threats, the last time we had a really major existential threat to this country was around World War II," Ocasio-Cortez said. "And so we've been here before and we have a blueprint of doing this before."