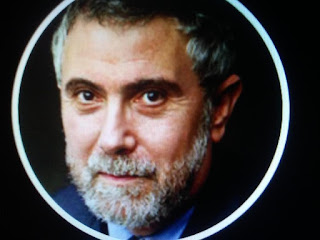 I really don't understand how Paul Krugman won a Nobel prize given that he's a Looney tune.

President Donald Trump was to blame for “white supremacist terrorism” shortly after Pittsburgh police arrested a suspect in a deadly synagogue shooting.

Linking to an article in which Trump is quoted warning of “violence” if Democrats won more seats than Republicans in the midterm elections, Krugman sarcastically tweeted “[b]ut none of the white supremacist terrorism has anything to do with Trump, oh no.”

But none of the white supremacist terrorism has anything to do with Trump, oh no https://t.co/fXHi6hN6sI
— Paul Krugman (@paulkrugman) October 27, 2018