Prosecutor who questioned Ford says she would not charge Kavanaugh, questions key elements 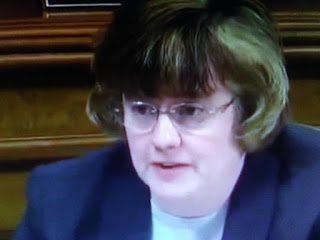 I can't think of any police department who take a complaint from a woman that can't name a date and place of an incident that occurred 36 years ago.
She would be laughed out the police station.  Case closed!

Fox News reports Rachel Mitchell, the sex-crimes prosecutor who questioned Dr. Christine Blasey Ford last week, wrote in a memo released late Sunday that there were inconsistencies in Ford's testimony and that-- given the information at hand-- she would not bring criminal charges against Judge Brett Kavanaugh.

Mitchell, who was hired by the Senate Judiciary Committee to assist Republicans, addressed the letter to “All Republican Senators,” and said no senator approved the memo. She noted in the assessment that she is a Republican, but said she is not a political person.