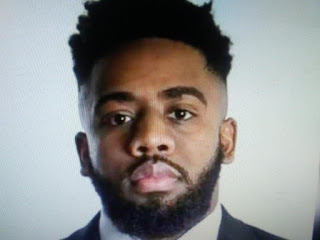 Not a good day for football players in the New Jersey area.
What the heck is going ob here?

NJ Dot Com reports a linebacker on the Rutgers University football team was accused Tuesday of involvement in a plot to murder two members of a friend's family, authorities said.

Bullock was dismissed from the Rutgers football team Tuesday, and the university said in a statement that he will face disciplinary proceedings.