American find: Argentinian submarine found in the Atlantic a year after going missing 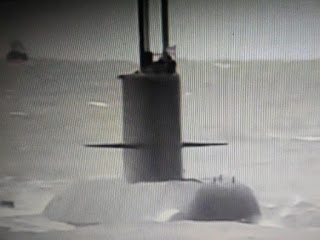 It took American technology to find this missing submarine.  It wasn't China or Russia.  It was the United States.


NY Post reports authorities in Argentina found a submarine that sank off the coast of the country almost exactly a year ago, killing 44 crewmen aboard, officials said.

The vessel was found more than 2,600 feet deep in waters off the coast of the Valdes Peninsula in Argentina, the country’s navy said in a statement released early Saturday.

The statement said a remote-operated American ship that was hired for the search effort made “positive identification” of the downed submarine.