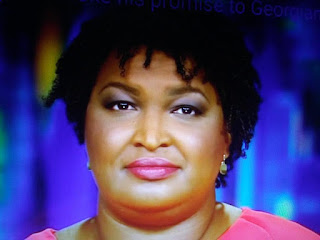 It's a problem when a Democrat gets beaten fair and square.
It's never a question of them getting beat.  It's either the Russians, or voter suppression, men from Mars mocking things up for them.

Atlanta Journal Constitution reports Stacey Abrams halted her run for Georgia governor Friday, but the Democrat said she would not concede the contest to Republican Brian Kemp and planned to launch a voting rights group to file “major” litigation challenging election policies.

As state officials prepare to certify the vote, Abrams acknowledged the law “allows no further viable remedy” to extend her quest to be the nation’s first black female governor. But she laced her speech with biting criticism of Kemp, whom she accused of leveraging his role as the state’s top elections official to suppress voters.