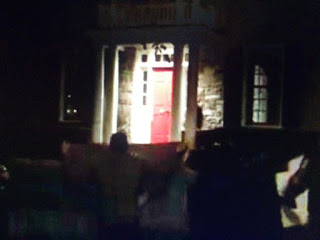 Fox News reports a self-described left-wing Antifa group posted videos of a mob outside the Washington, D.C., home of Fox News’ Tucker Carlson Wednesday evening, chanting, “Tucker Carlson, we will fight. We know where you sleep at night.”

The now-deleted video was posted on social media by Smash Racism, D.C. The same group made headlines in September after activists confronted Sen.Ted Cruz, R-Texas, and his wife inside a restaurant during Brett Kavanaugh's Supreme Court confirmation hearings.

The group posted on Facebook that Carlson spreads "fear into our homes," and said it wanted to even the score.