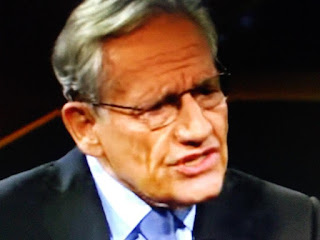 Gee, watch how fast the MSM disowns Bob Woodward for telling it like it is.

Fox News reports BobWoodward, the Pulitzer Prize-winning Watergate journalist whose recent book, "Fear," described chaotic infighting at the White House, on Tuesday criticized CNN for filing a lawsuit against the Trump administration and charged that too many media figures "have become emotionally unhinged."