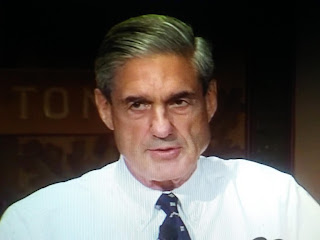 That's right this is my opinion of a guy who has spent millions of taxpayer dollars in an elaborate scheme to shield Hillary Clinton from prosecution for real crimes.

That's the real purpose of the so-called  Mueller Kangaroo probe of Donald Trump allegedly colluding with Russia to steal the 2018 presidential election.  If you want to find actual crimes look at the millions Hillary collected as secretary of state from foreign governments via the Clinton Foundation.

How about the Uranium One Russia deal?  Mueller doesn't seem to care about that.

How about the FBI illegally spying on the Trump campaign?   Does Mueller care about that?  Does he care about how the FISA warrants were fraudulently obtained? These are real crimes.  Mueller only cares about fake ones.