Two Tier System of Justice: Michael Cohen pleads guilty to lying to Congress like James Clapper, James Comey, John Brennan, and Loretta Lynch who got away with it 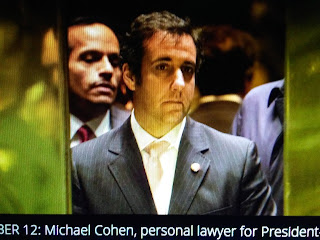 Talk about a mockery of justice!
Lying to Congress?  It's this the best Robert Mueller can do after spending millions of dollars of taxpayer money?  This is a case of selective prosecution because James Comey, James Clapper, John Brennan and Loretta Lynch also lied to Congress and no charges were ever brought.  Why?  It's a joke and a damn shame!

He appeared in federal court in Manhattan Thursday, where he entered a guilty plea for false statements to Congress in a letter last year about his contacts with Russians during the presidential campaign.