Paris burns as thousands of protesters clash with police, call for Macron’s head over gas taxes 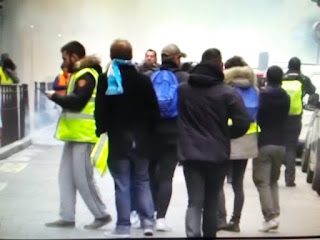 People get to a point where they do not abide taxes.
This needs to happen in New York and California where one party Democrat rule only knows how to tax and spend.

The angry clashes, both in Paris and other towns and cities across the country, mark the eighth day of “yellow jacket” protests against the tax, but have also come to encompass a growing anger against Macron and the French ruling class -- seen by many as out of touch.