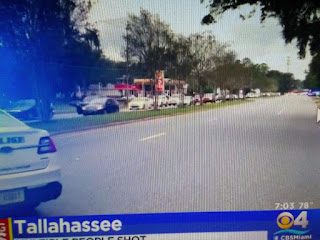 Democrats are soft on crime.
That's a mark they carry with pride.

AOL News reports a gunman killed two people and wounded at least three others before he killed himself on Friday at a yoga studio in Tallahassee, Florida's capital, police said.

Police received a call at 5.37 p.m. (2137 GMT) of a shooting at the Hot Yoga Tallahassee studio and found multiple gunshot victims when they arrived at the small shopping center where it is located, city Police Chief Michael DeLeo told reporters. The wounded were in critical condition at local hospitals, DeLeo said.