Utah Mayor Killed in Afghanistan Wanted to Serve 'However I Can' 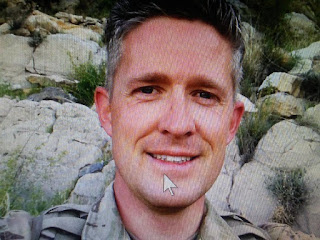 This is terrible!  Why are we still in Afghanistan again?

NY Times reports the call had come again. Brent Taylor, the mayor of North Ogden and a major in the Utah National Guard, would be going to Afghanistan for his fourth deployment.

He told his constituents about it on Facebook in January, leaning into the camera to explain that he had been called to serve his country “whenever and however I can” and that he would be gone for a year, as part of a team helping to train an Afghan Army commando battalion.

“Service is really what leadership is all about,” he told them.