What does New Wave Oprah know about Jesus: Oprah fires back at racist robocall: 'Jesus don't like ugly' 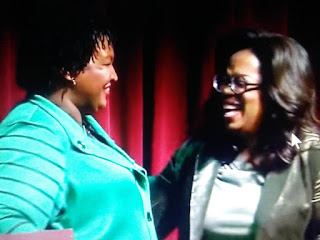 I think Oprah invoking the name of Jesus is an insult to my intelligence given she believes in so much mystical crap.
She's not fooling anybody accept the dullards.

The Hill reports Oprah Winfrey on Monday responded to a white supremacist group targeting her and Georgia gubernatorial candidate Stacey Abrams in a robocall to voters.

“I heard people were making racist robocalls in my name against Stacey Abrams, who I am one hundred percent for, in Georgia,” Winfrey says. “I just want to say: Jesus don’t like ugly … And we know what to do about that: vote. Tomorrow show up and show out, and vote.”