BRUCE SPRINGSTEEN: I don't see anyone who can beat Trump... 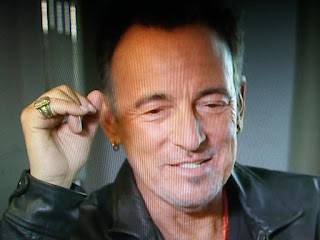 Bruce happens to be dead on the money.
The potential field are Dems are all puffed up lightweights.

Springsteen, who is a long-standing Democrat himself, said the political party doesn't 'have an obvious, effective presidential candidate' who can 'speak the same language' as Trump.