China and U.S. come to agreement on fentanyl at G-20 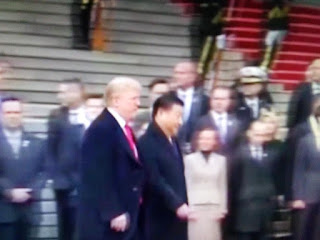 This is a good step in dealing with the opiod crisis.

AOL News reports the United States came to an agreement with China at the G-20 summit in Buenos Aires this week over the regulation of the opioid fentanyl, which is linked to thousands of overdoses in the United States.

China and the United States released individual statements regarding the bilateral agreement about the ongoing trade war between them, and both said they had found some common ground on further regulating the drug fentanyl.

"Very importantly, President Xi, in a wonderful humanitarian gesture, has agreed to designate Fentanyl as a Controlled Substance, meaning that people selling Fentanyl to the United States will be subject to China's maximum penalty under the law," White House Press Secretary Sarah Sanders said in a statement.