House OKs spending bill with over $5B attached for border wall, sending to Senate as shutdown looms 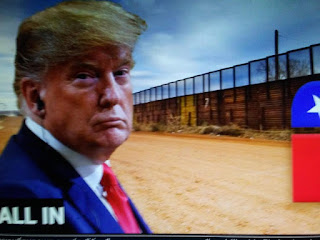 Bring on the govt shutdown because the sun will still come up in the morning.
President Trump is fighting for the border wall on behalf of the American people.  We need the wall!


Fox News reports the House of Representatives Thursday approved a bill that would fund most of the federal government through early February -- and provides $5.7 billion for President Trump's long-promised border wall, increasing the chances of a partial government shutdown later this week.

Eight Republicans joined all 177 voting Democrats to oppose the measure, which passed 217-185. The bill now goes to the Senate, where it is certain to fall short of the 60 votes needed for passage since the chamber's 49 Democrats are against funding the wall. That, in turn, makes it more likely that parts of the federal government, including nine of 15 Cabinet-level departments and dozens of agencies, will cease operations at midnight Friday.

The vote came hours after Trump told House GOP leaders that he would not enact a Senate-passed package that does not provide money for the barrier.