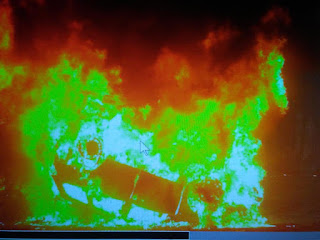 The imposed carbon tax is a big piece of information the mainstream media is leaving out of their coverage.
They are just referring to "taxes" without calling it what it is for agenda reasons.

Trust Dot Org reports the authorities were caught off guard by the escalation in violence after two weeks of nationwide protests against fuel taxes and living costs, known as the "yellow vest" movement after fluorescent jackets kept in all vehicles in France.

In Paris, police said they had arrested almost 300 people while 110 were injured, including 20 members of the security forces. Police fired stun grenades, tear gas and water cannon at protesters at the top of the Champs-Elysees boulevard, at the Tuilleries Garden near the Louvre museum and other sites.