Race hustler and Tax Scofflaw Al Sharpton sells his life story to his own charity for $531,000 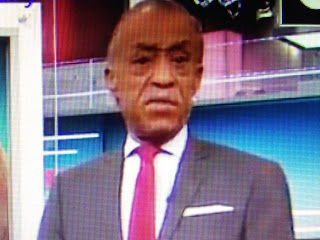 It's pretty clear that old Al is selling the rights to his story to himself since he controls the charity.
This is he can "legally" avoid by personal income taxes when he sells his rights.

NY Post reports the Rev. Al Sharpton has found an eager buyer for the rights to his life story — his own charity.

The National Action Network agreed to pay the activist preacher $531,000 for his “life story rights for a 10-year period,” according to the non-profit’s latest tax filing, which was obtained by The Post.

NAN can apparently turn around and sell those rights to Hollywood or other takers at a profit, but neither the reverend nor the charity would identify what producers are waiting for such Sharpton content.