She just won't go away: Hillary hints she's running in 2020 with pic from WH 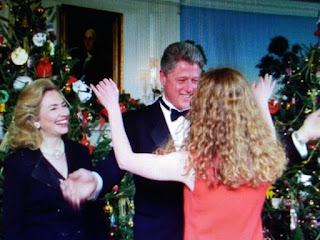 I really hope Hillary runs for the sheer entertainment value.

The American Mirror reports “Merry Christmas to everyone celebrating today!” she tweeted, along with a photo of Bill about to embrace a woman, presumably Chelsea.

Clinton has left the door open to a potential third run for the White House.

In October, Hillary admitted, “I’d like to be president.”

During a Q&A with Recode’s Kara Swisher, the subject of the next presidential election came up.