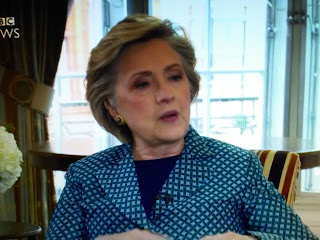 I'm not seeing a peep about this in the mainstream media.
Naturally.

The court rejected the DOJ and State Department’s objections to Judicial Watch’s court-ordered discovery plan. (The court, in ordering a discovery plan last month, ruled that the Clinton email system was “one of the gravest modern offenses to government transparency.”)