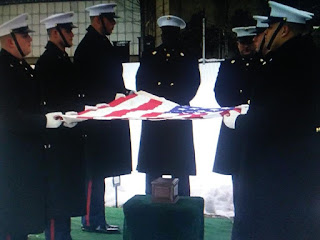 When I first Full Metal Jacket, I was blown away by R. Lee Ermey's performance.
I didn't know at the time he was really a Marine.  RIP R. Lee!