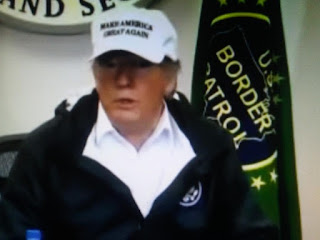 One way or another this border wall is going to get built because it's the right thing to do.

Imt Online reports the White House has begun laying the groundwork for a declaration of national emergency to build President Donald Trump's border wall, a move certain to set off a firestorm of opposition in Congress and the courts but one that could pave the way for an end to the three-week government shutdown.

The administration is eyeing unused money in the Army Corps of Engineers budget, specifically a disaster spending bill passed by Congress last year that includes $13.9 billion that has been allocated but not actually spent for civil works projects, two people with knowledge of the developments said Thursday