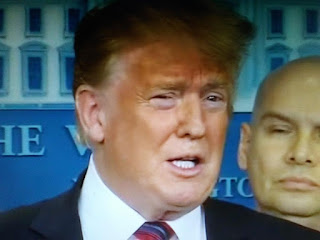 If you notice the mainstream media hasn't put out polls showing how the American people feel about the wall.
That's very telling because they must not like what the polls are saying.  The majority of the American people want the wall and the corrupt press won't dare show poll results they don’t like.

AOL News reports President Donald Trump on Thursday made a surprise appearance in the White House briefing room to discuss border security, but he abruptly left without taking any questions.

This was the first time Trump stood in front of the podium in the briefing room as president. The appearance lasted less than 10 minutes.
"It's a beautiful place," the president said after looking around the room.