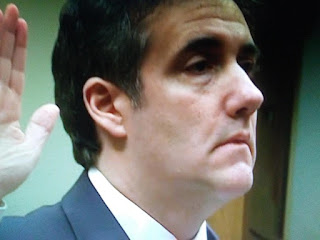 I don't know if this prediction will happen because I don't wish harm on anyone for what they say.
Even if it's a bunch of lies.  But, the part about being a "rat" is true.  It's the worst kind of label one could have going to prison besides being a child molester.

Daily Mail reports an heir to the Gambino crime family has issued a stark warning to Michael Cohen, predicting that President Donald Trump's former personal attorney may face retaliation behind bars over his Congressional testimony.