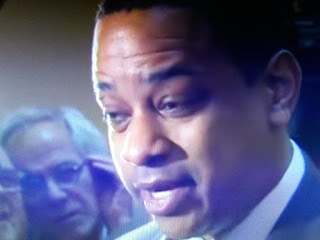 What a horror show watching the Democrat Party fall apart in Virginia.

NY Post reports Virginia’s leadership crisis took an absurd turn Wednesday when the man who is second in line to become governor admitted he has worn blackface — even as Gov. Ralph Northam’s job is already on the line for the same thing and the man who is first in line to replace him is embroiled in a sex scandal.

The disastrous domino effect has now thrust the Republican state House speaker into the spotlight as the third in line for the top job — a man who only scored his post in a coin-toss election.