Why Pelosi unlikely to try to impeach 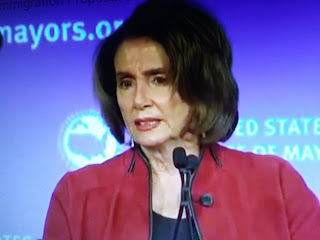 Any attempt to impeach a very successful president that has delivered a booming economy and America's standing in the world will be seen for what it would be
, desperation by Democrats regain power.


The Hill reports Speaker Nancy Pelosi (D-Calif.) will soon have to make one of the biggest decisions of her political career: whether to impeach President Trump.

Starting impeachment proceedings seems unlikely to end in a Senate conviction given the two-thirds majority needed in a body Republicans control with a 53-47 majority.

That makes it a tricky political proposition, especially as Democrats eye a 2020 election they think could end the Trump era and leave Democrats in control of Congress and the White House. That scenario would leave Pelosi with the chance at scoring some sweeping policy achievements on health care and climate change in her last years in Washington.