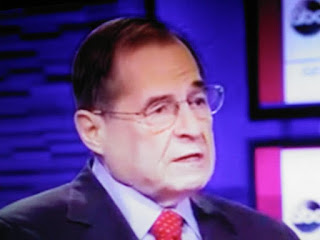 Trump has nothing to fear from Jerry Nadler.
As a long time New York character, I can attest to Nadler's incompetence.   The only thing Nadler knows how to do well is line his wallet with cash to stay in office.  Other than that, I can't think of anything he's done to improve New York let alone the country.

News Trust reports the House Judiciary Committee will seek documents from more than 60 people and organizations as it begins investigations into possible obstruction of justice and abuse of power by President Donald Trump, the panel's chairman said on Sunday.

"We are going to initiate investigations into abuses of power, into corruption ... and into obstruction of justice," Nadler said. "It's our job to protect the rule of law."

"It's very clear that the president obstructed justice," Nadler said. He said it was too soon to consider whether impeachment should be pursued, however.