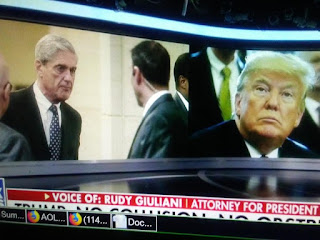 Let's get to the bottom of the corruption at the DOJ by a few bad actors.
This has to be brought to light and settled to restore faith in our justice system.

Fox News reports President Trump and his legal team declared total victory Sunday following the release of Special Counsel Robert Mueller’s key findings -- including no evidence of collusion with Russia during the 2016 campaign -- but sought to turn the tables by renewing calls to investigate the investigators.

Trump himself slammed the probe as an “illegal takedown,” as he called Mueller’s report a “complete exoneration” and said it was a “shame” his presidency had to deal with the investigation for two years.