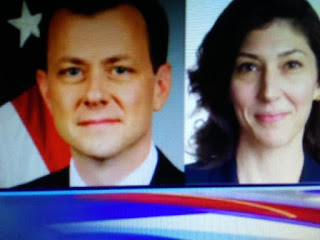 The mainstream media has been involved in a cover up!
They purposely shielded FBI corruption by a cabal of FBIers out to keep Hillary Clinton from going to prison by targeting Trump for false charges of Russian collusion.

Fox News reports Text messages between former FBI officials Peter Strzok and Lisa Page indicate they discussed using briefings to the Trump team after the 2016 election to identify people they could "develop for potential relationships," track lines of questioning and "assess" changes in "demeanor" – language one GOP lawmaker called “more evidence” of irregular conduct in the original Russia probe.
Fox News has learned the texts, initially released in 2018 by a Senate committee, are under renewed scrutiny, with GOP Sens. Chuck Grassley and Homeland Security Committee chair Ron Johnson sending a letter Thursday night to Attorney General Bill Barr pushing for more information on the matter.
"Any improper FBI surveillance activities that were conducted before or after the 2016 election must be brought to light and properly addressed," the senators wrote.