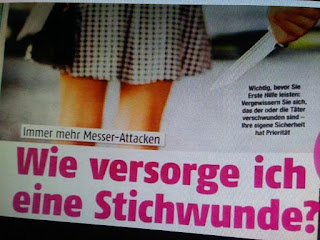 The article, titled “How do I treat a stab wound?” provides basic advice for stab victims such as “Importantly, before you provide first aid, make sure the perpetrators have disappeared, your own safety is a priority.”