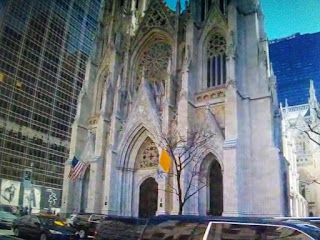 Sick Son of a Bitch!   Great work by the St. Pat's security team.  This could have gone real bad if they weren't there.

The man entered the cathedral just before 8 p.m. but was turned away by a church security officer, according to John Miller, the Police Department’s deputy commissioner of intelligence and counterterrorism. As the man exited, some gasoline spilled on the floor.

The security officer then notified two police officers outside the cathedral, who caught up to the man and began to question him. While he was cooperative, his answers were inconsistent and evasive, Mr. Miller said at a news conference.