Propaganda network-CNN is in total meltdown unable to accept Mueller report -No Trump collision with Russia, No obstruction of justice 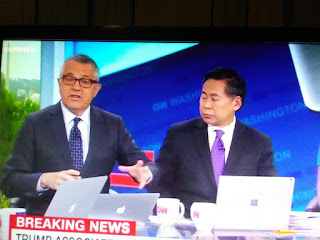 I stopped watching CNN year ago.  Since then they have devolved from a respectable news network into a sleazy propaganda channel.  It's sad they have gotten so bad and if CNN was removed from airports, their ratings would drop 50%.

For over two years they have propagated a myth that Trump somehow colluded with Russia to steal the presidential election from Crooked Hillary Clinton.

It was never true!