More than 12,000 Boy Scout members were victims of sexual abuse by Sodomite leaders 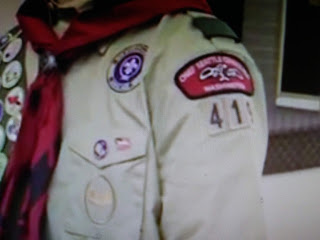 This is what happens when homosexuals infiltrate children organizations.
Society needs to admit this because the problem still exists in our public schools.  A lot of teachers are homosexuals.  This is happening in our schools too but it's being covered up!  Public schools are controlled by Democrats and homosexuals is protected group.  Is it worth the safety of our kids and not do something about it?

ABC News reports an expert who has been working with the Boy Scouts revealed that there may have been as many as 7,819 allegedly sexually abusive troop leaders and volunteers in the storied organization, according to newly released court documents.
More than 7,800 individuals allegedly abused 12,254 victims, according to the court testimony.

These figures were released Tuesday by attorney Jeff Anderson, whose firm regularly represents victims of sexual abuse and has been involved in numerous clerical sexual abuse cases.