New Sex Abuse Allegations Surface Against Boy Scouts of America Alleging 7,000 Abusers: What happens when Sodomites get in BSA 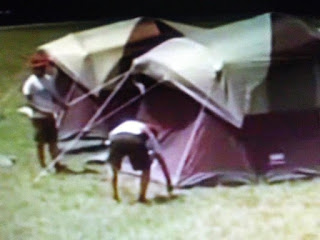 When homosexuals are given access to boys  bad things happen!
We as a society should be willing to ask tough questions without letting political correctness rule the day.  Thank you Rex Tillerson by the way.  This lawsuit is made possible by a new law passed in New York in January increasing the statute of limitations for child sex abuse cases.  Why was this law passed?  In my opinion, money for lawyers, because it's been an avalanche of these types of cases ever since.


NBC News reports alarming new claims have surfaced against the Boy Scouts of America, accusing thousands of leaders of abuse.

The allegations came to light Monday night and a group of alleged victims will hold a press conference in Tuesday morning New York to speak out publicly, claiming there is a pattern of sexual abuse within the scouting organization.

The victims’ attorney, Jeff Anderson, called it a system of denial and cover-ups. He claims the BSA has files of child abusers within their ranks, going back to the 1940s.
Anderson is alleging more than 7,000 abusers, with more than 100 in New York.