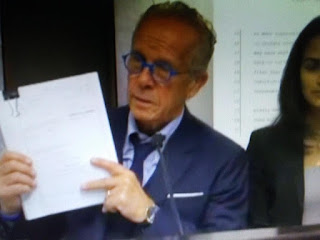 This is a huge story the mainstream media doesn't seem to be curious about.
Why would that be?.  Maybe the media isn't interested in exposing homosexuals, a favored protected group of the Left.

NBC News reports more alarming details have surfaced about how many people were listed in the Boy Scouts of America’s “perversion files,” according to lawyers who demand the full release of thousands of names of alleged offenders in the files. Nearly 200 of them are from New York and New Jersey.
Though allegations came to light Monday night, a victims' rights attorney who compiled an "incomplete" list of former Boy Scout leaders accused of abuse in New York held a press conferences Tuesday to discuss what he claims to be a widespread pattern of abuse. He also asked more victims to come forward.