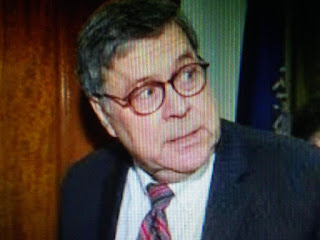 Here's the deal.  The Russian collusion probe was a witch hunt from day one.  It was reported as such by Fox and the conservative media.

Meanwhile the mainstream media reported it as if it was true and now they are being hoisted by their own petard.  The real purpose the Mueller probe was to divert attention away from the real collusion between Hillary Clinton and the Russians that resulted in them attaining 25% of US Uranium reserves.

And in addition to all that, a cabal at the DOJ and FBI made sure Hillary escaped from justice while simultaneously seeking a coup on the Trump presidency.  Attorney General is planning on connecting all the dots to set right which was wrong in our justice system.
Labels: crime story, Politics