Comey in CYA mode: Spying’ report puts ex G-man James Comey on the defensive: ‘What would you have the FBI do?’ 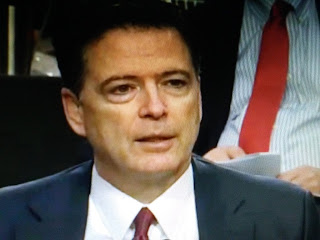 James Comey better get a good lawyer because he's a certified leaker to the press.
He has no credibility whatsoever.  He's part of the cabal at the FBI that not spied on the Trump campaign and got a FISA warrant based on a phony Russian dossier that Hillary Clinton paid for.  The dominoes are about to fall with the DOD IG and the AG William Barr probe.

In a lengthy interview with a Los Angeles radio station, Charles Feldman mentioned the New York Times report and asked Comey about Trump supporters' reaction to it.
“Already some Trump supporters are saying, 'Aha! You see? We are right! The president is right!" Feldman said to Comey. "The FBI and the … so-called deep state, they were spying on an American presidential campaign -- and this story is proof of that.’”