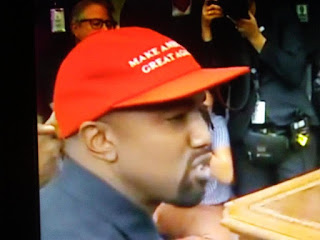 It's shameful how Liberals treat Kanye West, Ben Caron, Candice Owens, and other black conservatives.
Libs expect, or rather, demand Black people to think and behave in only one manner.  That's not freedom, it’s slavery!  Slavery was outlawed years ago.

In an interview on David Letterma’s Netflix show “My Next Guest Needs No Introduction,” West tried to explain his affection for Trump in a conversation that began about his “fear” as a man during the #MeToo movement, the Daily Beast reported.

“This is like my thing with Trump—we don’t have to feel the same way, but we have the right to feel what we feel,” he said.