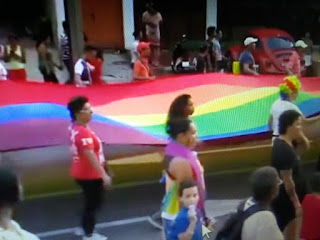 
The Guardian reports the annual gay pride parade in Cuba’s capital is usually an upbeat, vivacious conga. Since it was launched in 2007, it has provided a moment for gay and transgender people to celebrate their sexuality, identity and assert their right to exist in public space.

But it was altogether different this year. About 100 activists bedecked in rainbow colours marched just four blocks from the heart of Havana’s colonial district towards the Malecón seawall on Saturday before they were corralled and dispersed by police and plain-clothed state security officers.